This post contains affiliate links; I will make a commission at no extra cost to you, should you click through and make a purchase. Read my disclosure for more info. 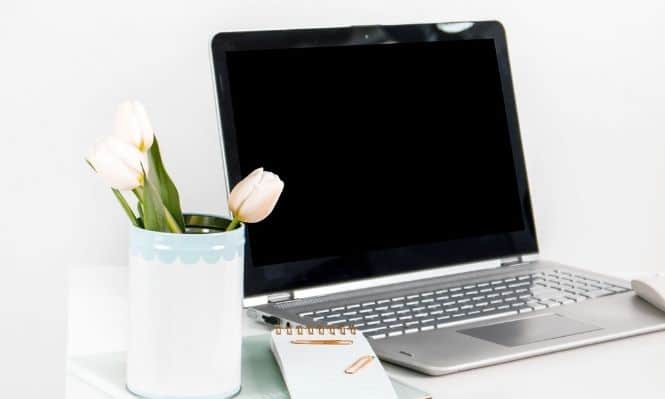 I really struggled to grow my blog at first.

Even when I knew Pinterest was awesome for getting blog traffic, I was sharing pins to Pinterest from my blog posts… But nobody was clicking through.

It was really frustrating.

So I did a little experiment.

I went through Pinterest, and wrote down all the pins with titles that stood out.

The ones that made me click on the pin and really want to read that blog post.

And what did I find?

Surprisingly, the titles that stood out to me can be edited slightly and used in any blogging niche. So I started applying what I had found to my pin titles.

I wanted titles so that when people read my pins, they were intrigued. I wanted my pins to make them feel they HAD to click through and read my blog posts.

(My account stats are always changing, so you can check out the most recent stats for my account here).

You’ve worked hard to create your post and graphics for it… Don’t keep wasting time making awesome posts and then underselling it on Pinterest like I did.

Because in this post, I will be sharing with you the BEST titles for pins to get more Pinterest traffic!

Side note: If you don’t have a blog, you need one! It’s a great way to make money and learn new skills (check out how I made $439 blogging here). You can have a blog up and running within an hour, for less than $4 per month with my ultimate how to start a blog guide. 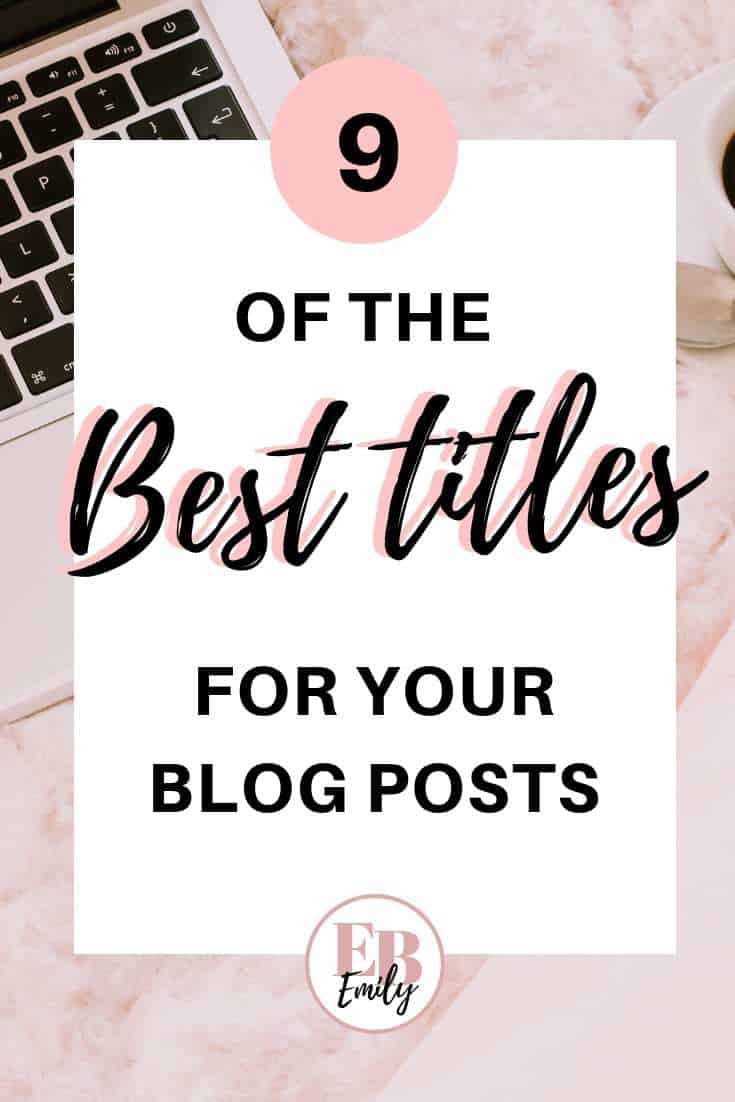 BEFORE YOU WORRY ABOUT TITLES…

It’s worth me mentioning that it’s all well and good having awesome post titles that are really compelling.

But if you haven’t prepped your account right, it will never grow.

If you haven’t taken these essential steps and you’re not sure where to start, you can check out my course Easy Pinterest with Emily.

It will show you how to set up your account for proper growth.

So make sure to check it out, or sign up below!

So here’s the bit you’ve been waiting for.

If there’s something you know in your niche that your audience does not, they’re going to want to learn it. And if you’re offering to show them exactly how to learn this thing they want to learn, they’re probably going to be interested in what you have to say (aka your post).

However that’s what I’m interested in now that I’ve been blogging for a while. Yes I was interested in that during the initial stages of blogging, but I was also interested in just learning how to start a blog or edit a theme when I started.

So whatever niche you write about, think back to when you were in the earlier stages of that niche and what sort of things you’d have been interested in learning how to do. Then write blog posts showing your ideal target audience exactly how to do it.

Show them how much they’re going to get out of it by putting a number with it to show just how much. Like “7 fantastic WordPress themes” stood out to me because I’m interested in getting a good WordPress theme. And here someone is offering to show me 7!

Apply this across whatever niche you are in. If you write about knitting and have patterns to share, tell your audience just how many patterns you have to share. Someone will click ’10 amazing knitting patterns” over “knitting patterns” because they know that they’re going to get a lot (10 patterns!) for their effort.

And obviously, the larger the number, the better!

So I have a few posts that are lists of group boards on Pinterest. The first one I wrote was titled “30 Pinterest group boards for all bloggers“. That went down really well on Pinterest, so I decided to do more; the next one was “400+ DIY and craft group boards“.

Which number seems more impressive to you?!

This might be because I’m a worrier, but when I read a title with words like ‘need’ and ‘should’, I thought that whatever this person had to say I needed or I should know.

One of the titles I chose was ‘7 fantastic WordPress themes’, and I think I wrote that down over other titles on WordPress themes because this one said these particular themes were fantastic! It does seem kind of obvious but  positive wording is kind of overlooked.

This can be applied to anything, not just positively describing something. Like if you’re offering to explain how you got your first 1000 Pinterest followers. That’s a good thing, and people want to know this good info and read your post.

TITLES THAT SAID WHAT NOT TO DO

I have a post titled “Pinterest design mistakes you need to avoid“. Everyone has heard what you need to do to get good engagement on Pinterest over and over. But what they haven’t heard is what they definitely should not be doing!

By using titles offering what someone shouldn’t do, the promise of learning something good and the curiosity of what is it they shouldn’t be doing will make them want to read it.

I noticed a lot of the titles on my list seemed to be directly speaking to me. ‘Why YOUR blog isn’t growing’. ‘What YOU should be doing as a new Pinterest user’.

Using these words help it seem like you are talking directly to your target audience. It’s almost like you’re pointing finger in their face and saying ‘YOU! Read this!”.

Example: imagine yor blog isn’t growing and you see the words ‘Why YOUR blog isn’t growing’. It’s almost like you’re being tapped on the shoulder and told ‘Hey! I know what YOUR problem is. Lemme fix it!”. You’re bound to want to read that post!

And this can be applied across different niches. What YOU need to… or why YOU should… can be used for almost any topic.

So try and take a normal blog post title, and word it so it’s as though you’re talking to one individual in your target audience directly. It’ll make them feel more involved and more inclined to read your post if they feel like they specifically will get something out of it.

“How I got my first brand sponsorship”.

On the flip side of making the title speak directly to a person, the ones that offered me the opportunity to read how an individual had achieved something I wanted to achieve made me want to read their posts. Because I want to see how they’ve achieved it exactly so I can achieve it too.

This can be anything. Something you’ve achieved, experienced or learnt can be turned into a post offering information on what you have done. And trust me, if it’s something people in your niche want, they’re going to want to read your post on how you’ve done that.

If you’ve got an established following, these titles can even be about something that isn’t necessarily sought after. You’ve already got people interested in what you say. So they’re going to be interested in your opinion or experience.

You can even flip this and have a post title offering a bad experience. I read post title like “How this hosting company ruined my blog”. I NEEDED to know this disaster story so I can avoid the disaster myself!

You might think that this one can only be applied if your blog is about making/ saving money. But that’s simply not true.

Unfortunately money is just a massive part of our lives, and the majority of people either want to save it or earn it. So if you can have a title that involves money in a good way (how I made/save/earned/etc). People in your niche are going to want to read it.

Obviously this is easier to tap in on if you write about money somehow. But it’s worth keeping in mind. That one post on how you save money on your beauty products could be the one Pinterest goes nuts for!

I don’t really blog loads about money, but my post that went viral on Pinterest was “How to make $1500+ per month on Pinterest“. No surprise that out of all my blog posts, it was the one that mentioned money that people went nuts for. Because the majority of Pinterest users are interested in it!

This is the last one on my list and is less what the title contains and more the style it’s written.

I’ve found from experience that post titles which are more catchy (think Buzzfeed) get more interest on Pinterest. So for my post how to design AWESOME pins, I had a title pin with that title on and one which said “the secret to making images that get re-pins”. You can bet “the secret” title pin had more engagement!

Don’t go over the top with this. My title wasn’t click bait as I did actually tell people what their images need to do well on Pinterest. Just word it in a more exciting way to get people more excited about it!

WHICH TITLE IS BEST?

Honestly I don’t think one is better than the other. They’re all useful and you can adapt them and apply them to most blog post titles in any niche. Plus you can combine them so your blog post title is even stronger.

And I bet you’re thinking “But surely you just want one as your main blog post image? I can’t have 6 different images with the same title on just worded differently. That’ll look cluttered and like spam!”

That’s where my tutorial on how to add ‘secret’ blog images comes in. It shows you how to add images to your blog post without them actually appearing in the post but still being pin-able. So you can provide multiple leads and use a number of different variations of the same title on Pinterest to one blog post!

That’s what I found stood out in the titles that appealed to me and in my niche.

And whilst they can be applied across niches, I suggest you do the same thing I did and write down titles that interest you. There might be a keyword or phrasing that is jumping out in your niche, and you just haven’t realised it yet! 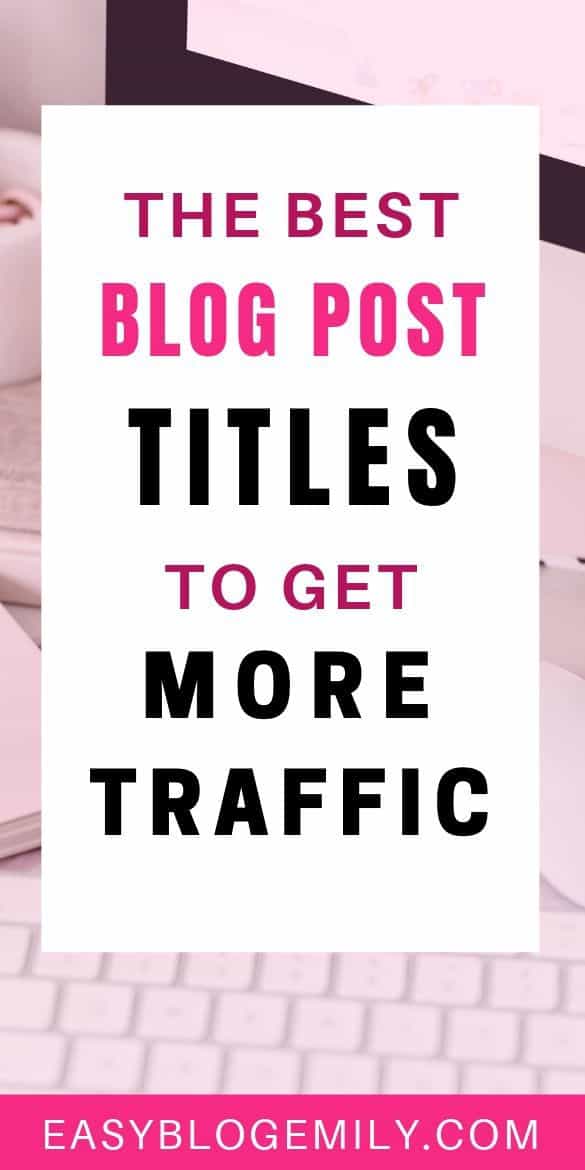 Emily is an advertising graduate, who worked in email marketing for a price comparison website before becoming a blogger and Pinterest manager full-time. She has been blogging for the past 5 years, having started her first blog alongside studying for her degree. 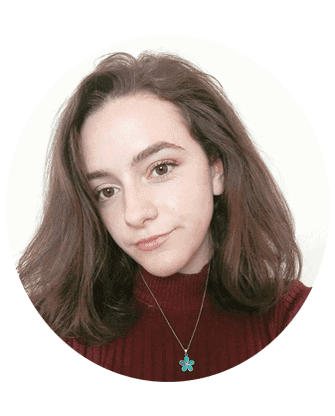 Hi! I’m Emily, a full-time blogger/ Pinterest manager and the creator of Easy Blog Emily. I help people start blogs, get readers, and make money doing something they love. To find out more about me and why I do this, check out the about page. 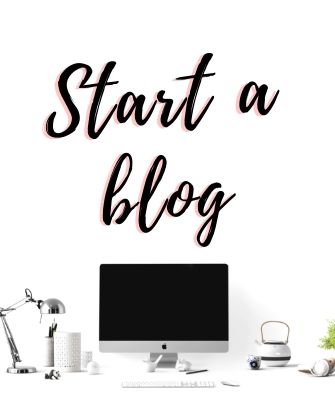